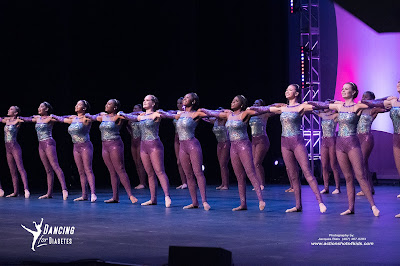 (Orlando, Florida) November is National Diabetes Awareness Month a time when communities across the country team up to bring attention to the impact of Diabetes. Nearly 30 million Americans have one form of diabetes - the primary types of Diabetes are type 1, type 2 and gestational, Diabetes remains the 7th leading cause of death in the United States and an estimated 1.5 million Americans are diagnosed with diabetes every year.

·         The Orlando nonprofit Dancing for Diabetes focuses on Type 1 (once known as juvenile diabetes or insulin-dependent diabetes), an autoimmune disease where the pancreas stops producing insulin—a hormone that allows the body to get energy from food. Its onset has nothing to do with diet or lifestyle and there is no cure. Approximately 1.25 million American children and adults have type 1 diabetes.

·         Type 2 Diabetes is when the body doesn’t use insulin properly—which is known as insulin resistance. As a result, the pancreas makes extra insulin to compensate, but over time it is unable to keep up.

·         In honor of World Diabetes Day  on November 14th, Dancing for Diabetes is activating downtown Winter Garden with store front signage, special offers, promotions and an Instagram hashtag campaign.  November 14th is the birthday of Sir Frederick Banting, who co-discovered insulin along with Charles Best in 1922. 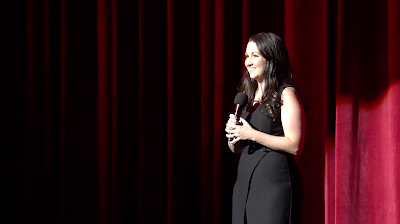 “For those who have been diagnosed, diabetes impacts nearly every decision they make daily—from what they'll eat, wear, do and how they'll take care of themselves. Yet the 24/7 burden of diabetes management is often misunderstood.  The goal of National Diabetes Awareness Month is to demonstrate the everyday reality that so many are living with and to offer support to those who have been diagnosed.” Elizabeth Forrest Founder, Dancing for Diabetes.

About
Dancing for Diabetes is a nonprofit organization based in Central Florida with a mission to spread awareness through the art of dance to better educate the community, raise funds to find a cure and inspire those with type 1 diabetes to live healthy and active lives. Reimagining the Anchor Space at Dellagio Town Center
Orlando, Florida – Chef Norman Van Aken and partners Tom and Kim Wood announce that they are re-opening their flagship restaurant on Sand Lake’s famed Restaurant Row in the iconic Dellagio Town Center. Plans for a unique renovation of the 7,500 square foot space, revealed in first quarter 2020, will show a complete reimagining of the anchor space at the corner of Sand Lake Road and Della. Including a bold new look for 1,750 square feet of outdoor event space.

The grand opening for NORMAN’S is targeted for late summer 2020. NORMAN’S will feature a contemporary menu that will be announced in late Spring but is reported to include some of Chef Van Aken’s signature dishes as well as some of the legendary Chef’s newest inspirations. The company is continuing to employ Yusuf Yildiz as general manager of the new restaurant and Laura Fletcher as private event manager. SoccerBall 2020: Pride In Our City Presented by Orlando Health

SoccerBall 2020: Pride In Our City Presented by Orlando Health Join Orlando City to celebrate the Pride we all have in our City Beautiful! Stroll along the MANE STREETS of the Orlando community including our pride-filled stadium, mini pitches and gardens! Other highlights include:
Meet the 2020 Orlando City and Orlando Pride Players Enjoy outstanding entertainment and performances Bid on silent auction items and donate to a great cause Dance the night away!Cocktail Attire / *This event is for ages 21+ Become an Event Sponsor Click HERE for more info on how YOU can help make a difference!)
Elliot Evangelista - Program Coordinator| 407-868-8368 | eevangelist…

Open House with Free Demos February 14th - 10am to 5pm

EMS has been widely used in physiotherapy for decades. Its rapidly expanding use as a whole-body training method provides a combination of a highly effective strength and cardio training. PhysioFix uses the most advanced EMS devices in the fitness industry. Approved by the FDA in 2019, EMS training has been popular across the globe in… 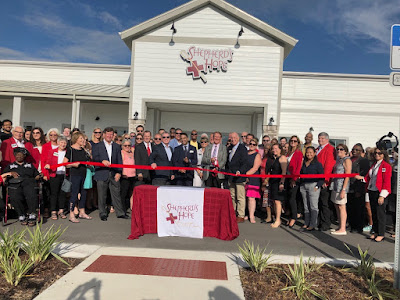 Orlando, Fla. (August 19, 2019) – On Wednesday, July 24th Shepherd’s Hope celebrated the opening of the new West Orange Medical Heath Center located in Winter Garden. The new facility will allow a sustainable path to providing uninsured patient’s greater accessibility to essential primary and secondary medical services, health management and education, and wellness programs in this growing community. The program model, from mission inception, is deeply rooted in a commitment to cultural competence and is identified by unique collaborations that bring essential health care to any person regardless of faith, gender, age, ethnicity or ability to provide proof of residency documentation.

Due to the significant increase in the uninsured patients’ need for access to healthcare, Shepherd’s Hope found it was limited in successfully achieving desired outcomes for the West Orange County community without the commitment to creating a permanent central office and clinical footprint that for the f… 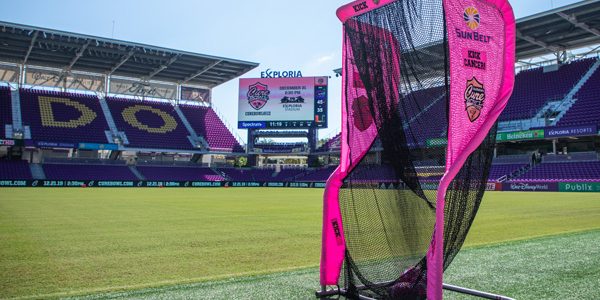 Those affected by breast cancer to receive a free Cure Bowl ticket, honored in the March 2 Cure and receive on-field recognition.
ORLANDO, Fla. (CureBowl.com) – The Orlando Sports Foundation announced Tuesday that the nomination process is now open for the Cure Bowl Warriors, the initiative that provides a free game ticket donated to breast cancer survivors, thrivers and fighters for the Cure Bowl on Dec. 21 at Exploria Stadium.

Over the first four years, the Cure Bowl has donated tickets to breast cancer survivors and their families. This is an extension of that program and offers a platform where those affected by breast cancer will be recognized on the website and honored during gameday activities at the Cure Bowl and March 2 Cure.

Nominations can be made at CureBowl.com/Warriors, and recipients will be listed on the March 2 Cure webpage. Each nominee will receive their free ticket by email, along with the details for the events on Dec. 21 that include leading the March 2 Cure and an …

A BLOG about Interesting People and Exciting Place in Central Florida